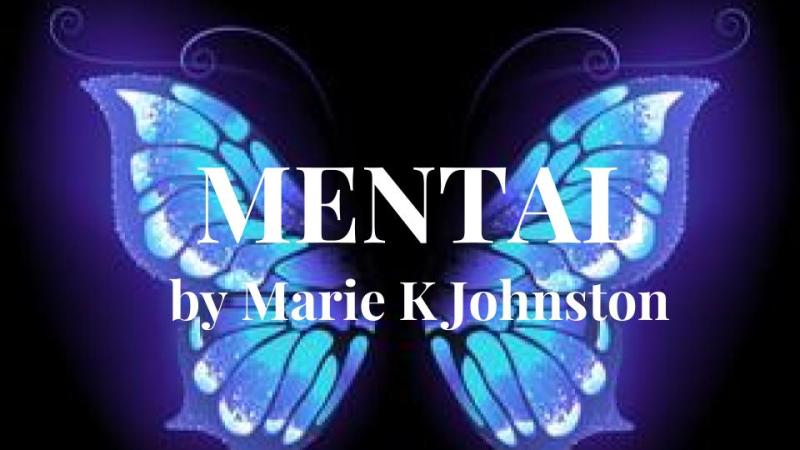 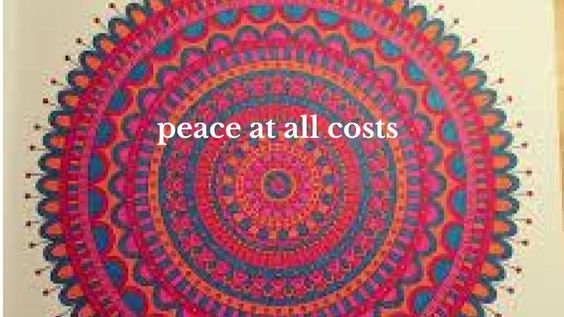 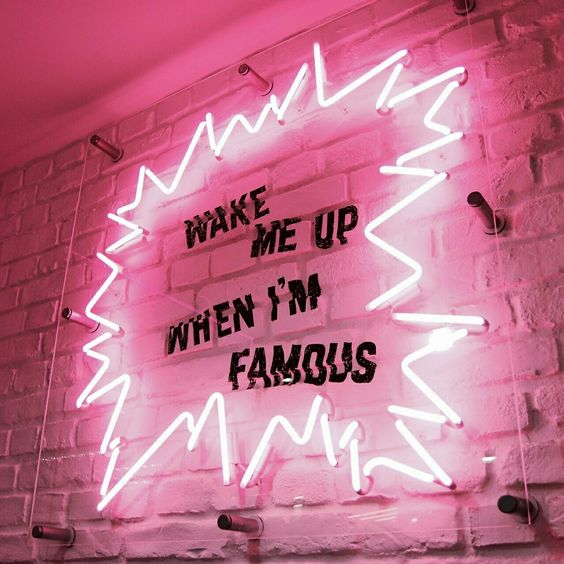 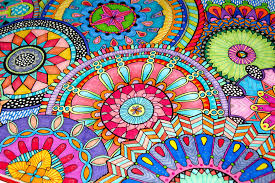 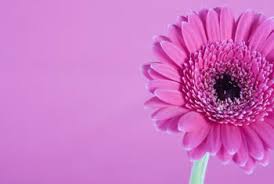 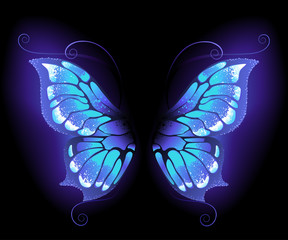 Eve and I are identical twin sisters–made from the same sperm and the same egg, easily confusing people we’ve just met, growing up in the same room in the same house. But we are not the same people. She and I still have many different experiences, and still see things we’ve experienced together in very different ways.

You know, I’m just gonna confess up front. This isn’t all my work, and you would figure it out had I pretended I had written it all myself. When my sister isn’t home, I snoop around–one day I found a bunch of journals in her room, they are pretty interesting, and I have been borrowing from them ever since. But , you’re okay with this type of thing, right?

People hung in groups in front of the apartment, talking and making racket. She scanned them for familiar faces, for recognition. Some of them were not old enough to drink, were probably still underclassmen, were too dressed up, too stiff, too concerned with looking cool, still striding the fence between going Greek and doing their own things.

The ones dressed like war victims, with dirty hair and sunburnt skin–those were the people she knew, her friends that were still in school. They did things like drop acid and read poetry to each other, or start bands with names like, “Lobster Bisque & The Nihilists” that didn’t play gigs but did have promotional bumper stickers, or spent their summers gutting fish in an Alaskan cannery–any and all activities, just for kicks.

They saved up money to go camping for a month in South Dakota, or learned Spanish just to be able to buy drugs at Mexican prices when they backpacked through Monterrey. They still brought kites along with them for all-day picnic/ Frisbee fests at Zilker Park. They thought that listening to music was preferable to watching it, even though they had been weaned on MTV.

They hadn’t made their minds up about how they felt about their childhoods, the concept of marriage, or had yet to figure out how much it costs to buy a house and a car and support babies. They talked about welfare and grad school, politics and art, without ever thinking they knew what they were talking about.

They were ambivalent about getting their degrees, or contributing to a society that they had fundamental disagreements with, even though they weren’t sure yet just what all those disagreements were. They were giving themselves time. They were interesting.

So, Eve is a young woman who has just recently had a nervous breakdown, which her friends and family and new therapist have attributed to her career as a high school English teacher.  She has major doubts about this because her grandmother and uncle on her dad’s side committed suicide, and her other grandfather and mother are alcoholics.  She is afraid that she is meant to be a suicidal alcoholic. 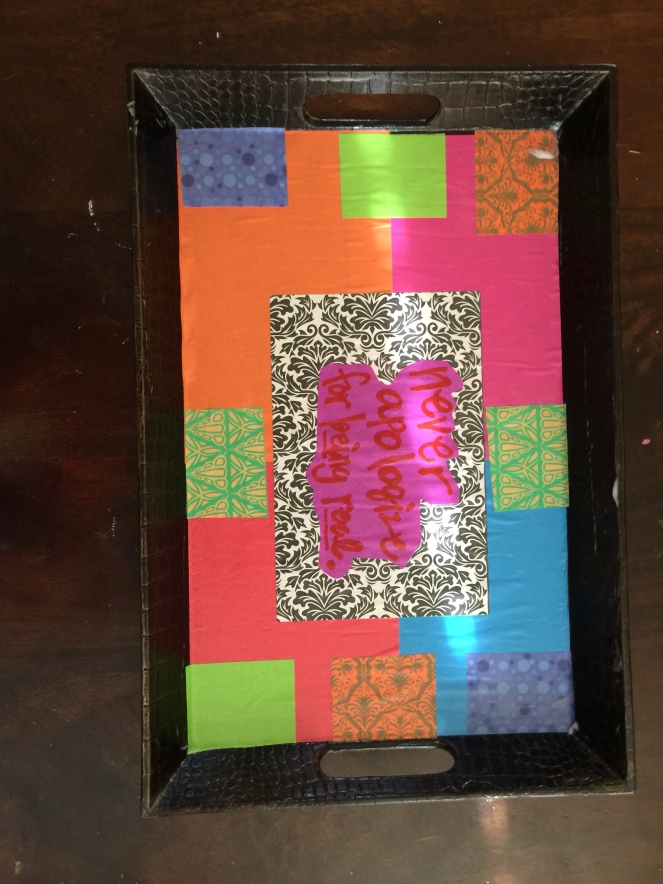 On her back, with Sam’s mouth against her neck, looking up at the window, listening to the traffic and the breeze in the trees, thinking of all the things she should get done that day, she remembered part of her dream.

“And I was outside in this field, at night, and there was no moon. There was nothing around me but grass, and some kind of forest across the field on the other side,” she popped upright and said. Sam put his head in her lap, and she brushed his hair with her hand while she talked.

“So, I’m down on my knees, and I have all of this cloth in my hands—like little pieces of cloth in my hands.  It was hard to see them because it was so dark but I could tell they were squares of all different shades of white and beige, some felt like burlap and some were velvety and the rest were just all the textures in between.   And I felt a threaded needle between my teeth, and I realized that I was supposed to make a quilt.

“But I couldn’t stitch two together and hold onto the rest at the same time, so I decided to lay them all out on the grass and make a pattern first.  So I spend all this time arranging them, rearranging them, until I like it, and then grab two and start stitching.  Now I am thinking what a beautiful quilt this will be, and I am happy to sit out in the night and feel the breeze and just sit and listen to the night sounds.

“But then the wind picks up, scatters my cloth all across the field, and I am running after them.  It takes me so long until I feel like I’ve found them all again, and then I realize that I don’t know if I’m missing any because I never counted them and that I have been doing this over and over.  Like it’s some kind of cycle—that that wasn’t the first time they’d blown away or the last.

“But I still put them back down on the ground again because I need to see the pattern before I can work, and I can’t hold them and stitch them at the same time. And I’m hoping to finish my work before it gets windy again because I’m suddenly so tired and want to make the blanket so that I can go to sleep in the field.

“So I’m stitching, and the wind starts to pick up, and this time I think, ‘pockets!’ so I grab the pieces and try to shove them in my pockets but I look down and I have nothing on and I’m naked in the field and now I know that I need that blanket to cover me up before something comes out of that forest….Weird, huh?  There was more to it, but I just can’t remember…”

Later, Eve is lying in bed, and it’s mid-afternoon. She hasn’t gotten up yet today–she’s just laying in bed, staring at the ceiling. It’s a very interesting ceiling. It is off-white, and the plaster has been shaped into infinite arches that stretch to meet each other like old friends shaking hands.  Sam left for work and school hours ago. He’s working on his portfolio. He’s teaching classes. He’s eating and talking and laughing. He’s taking pictures, showing undergraduates how to take pictures.  He’s very talented and mature.  He’s also very sensitive and supportive of her.  Eve loves him.  She also knows that she doesn’t deserve such gifts as he, since she recently cheated on him, he doesn’t know yet, and she doesn’t know why.  She feels like she’s going to throw up.  She rolls over and goes back to sleep, wishing to sleep forever and ever.

Her cat, Bootie, jumps onto the bed and begins kneading her belly.  She pets her in her sleep, that little calico-colored body that she has memorized because Bootie is almost six years old.  Bootie is fat and moody, and only affectionate to her. Sam is allergic to her.  This makes Eve sad, afraid that Fate is telling her softly that she and Sam were never meant to get married and live happily ever after together.

If Eve could just spend the rest of her life asleep, she wouldn’t feel the need to commit suicide.  Her therapist doesn’t know she still wants to commit suicide, because like I told you earlier, she lies to her therapist.  Her therapist probably thinks that Eve is making great strides toward a full and gleaming recovery.  Only Eve knows that she’s not, because she can’t bring herself to the task of self-examination.  She’s a big coward.  Aren’t alcoholics always big cowards? 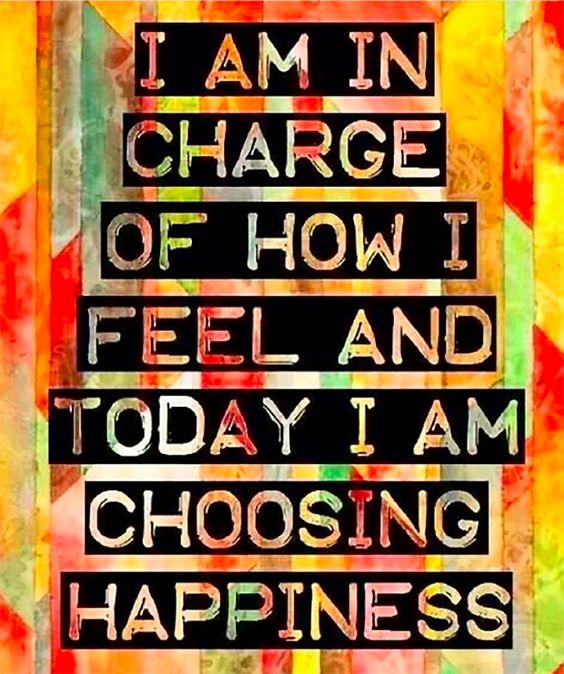 In a push of exhaled breath, she

throws back her head to the sky;

her chest, arms and face begin to whirl

beneath nature’s canvas, and she cries:

“Let loose the tendrils of sorrow,

nourishment from sun I borrow;

against this day, my soul does thrive—

Her open mouth tastes of the sweet brine

that floats from the gentle sea;

barefoot circles in the sand design

“With each moment upon the earth,

I will rejoice in this—my birth;

my sensate being will be free

to feel all that this life can be.”

More on the way!

Thank you for reading! 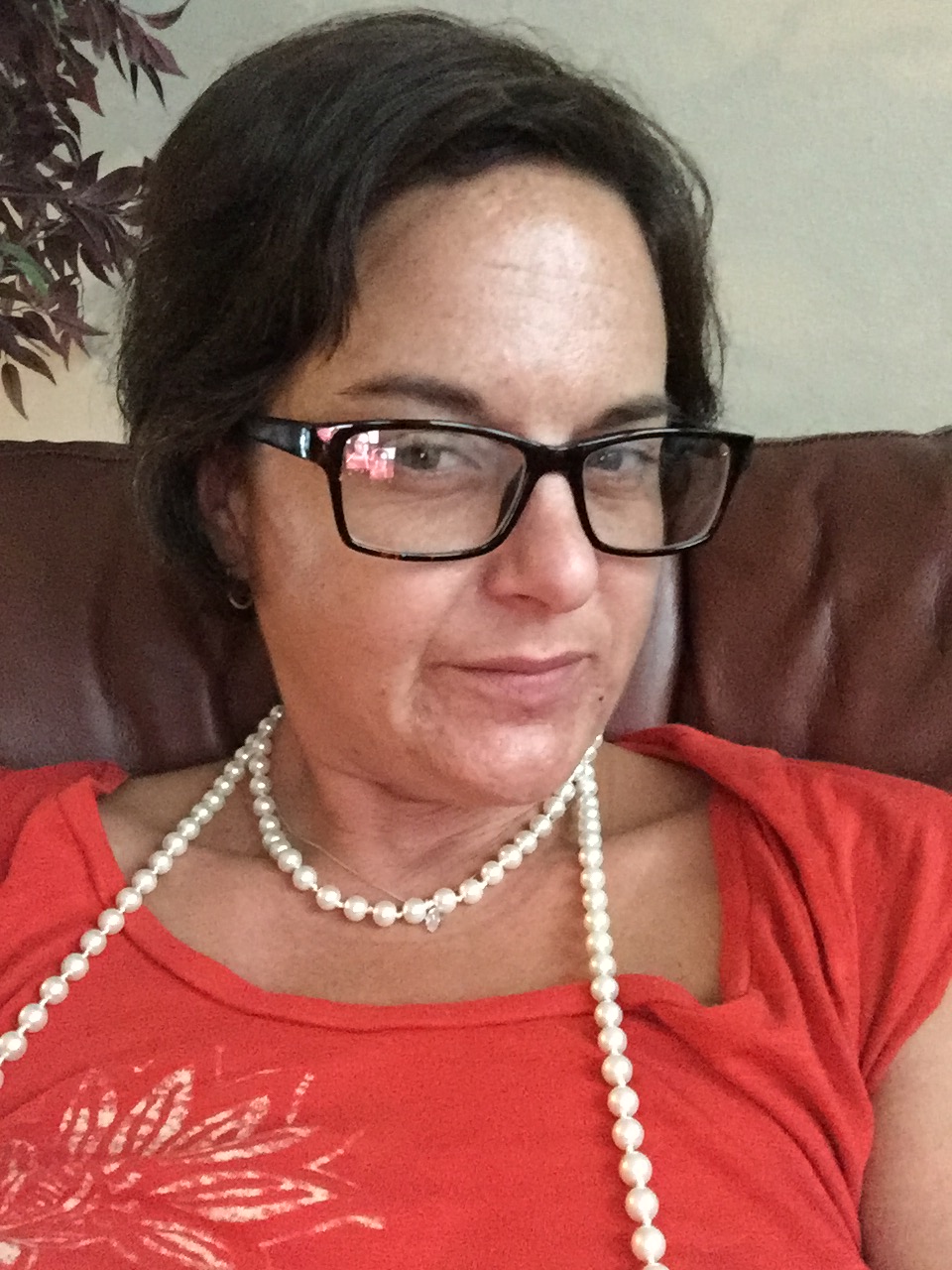 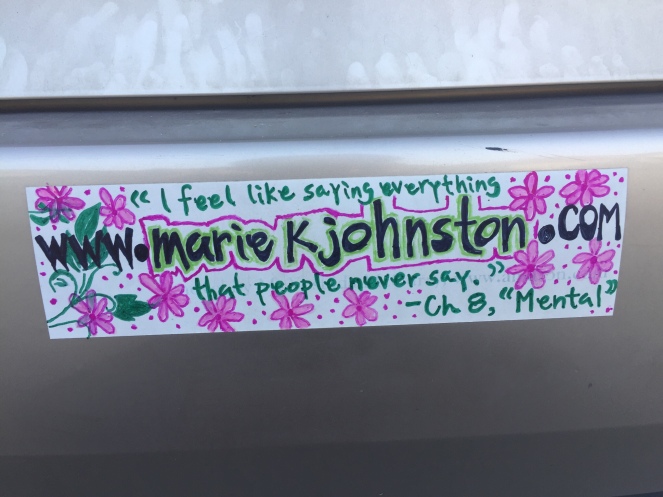 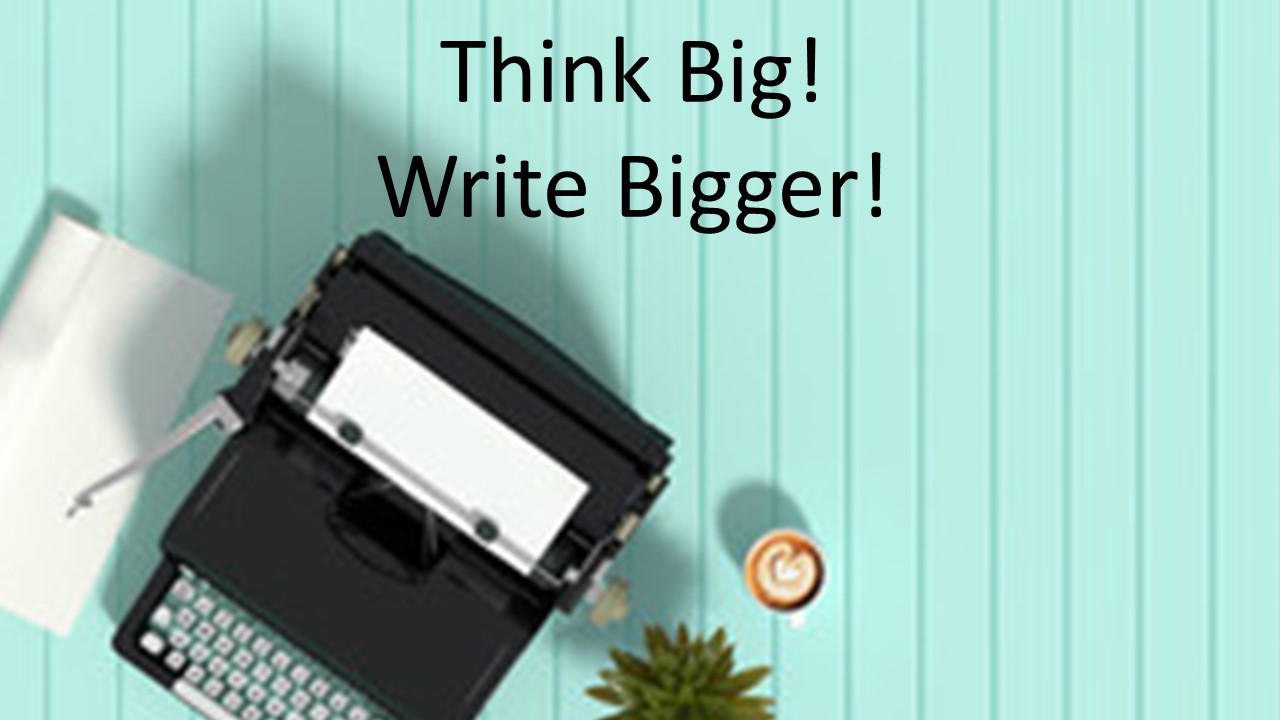