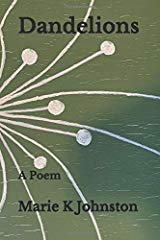 This is a taste of the entire poem:

a child walked her bike to the edge of the driveway,

“Abigail Taylor, be home in time for lunch!”

She raced through the neighborhood,

pretending to be a cop chasing bad guys who

were always just beyond the next turn.

She stopped behind the Johansen’s garden

to sneak blackberries through the fence,

and ate them while watching newborn baby birds

clamoring for their breakfast.

Her mother or father had said dandelions were weeds,

They told her not to puff them

because then dandelions would take over the yard.

She inspected the dandelion–was it a weed?

It was soft against his face, scentless, the color of dirty dishwater. She thought it looked more like an animal than a flower.

She puffed, blowing hard as if she were putting out

her birthday candles, she made a wish for the kite to fly.

The little seeds caught the breeze and rode it like tiny surfers,

scattering, spreading across the field as she reached her kite-flying friends.

beckoned by the live oaks and picnic tables,

the soft smoky shade of a Sunday barbecue,

the rustling of the leafy branches in the wind.

toward the first kiss of the sunrise,

the beat up backstop of the baseball diamond,

and the fresh smell of mowed grass and raked dirt.

yearning to be close to the street and the houses,

so they could watch children learn to ride bikes,

dads mow the lawn, and moms get the mail.

And still other seeds went east,

hoping to spin on the merry-go-round till they were dizzy,

throw gravel at each other under the slides,

and swing so high that their feet grazed the moon….

Thank you for reading! 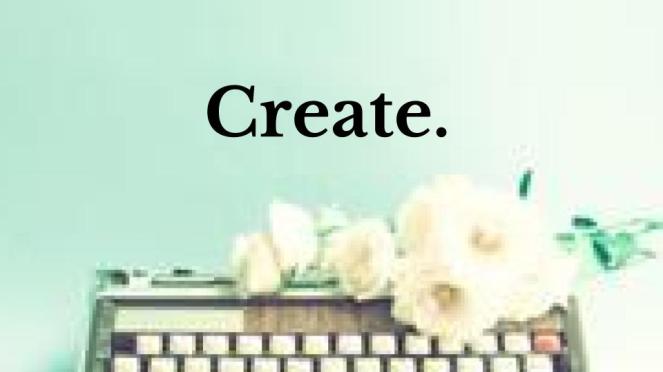